Finally!!!! I had figured out what tagliatelle was. I had seen it on almost every menu in Rome, Florence and now Venice. After missing the Hop On – Hop Off boat while on Piazza San Marco island aka St. Mark’s Square we decided to go ahead and have dinner before the next boat arrived to take us back to the train station.

Ahhhh…YESSSS… Fettuccini!!!! I’ll take it and of course a glass of the house’s white wine.

Considering we had only eaten dinner twice in Venice, I can’t really rate the food but this meal certainly topped the one we had the night before, but there was no comparison to the amazing food in Rome and in Florence. Nonetheless, we quickly inhaled it and raced off to catch the next boat as it was getting late and we couldn’t chance missing the next one.

The night before (our first night) we had gotten lost for about an hour, on what should’ve been a 10 minute walk, and although we thought we had a pretty good handle on the directions between the train station and our apartment we were not leaving it to chance to get caught in the narrow, uncanny, alleyways lost again. But considering the possibility I thought we had better use the restroom at the train station before we began our journey back through the winding passageways of Venice.

You know how it works, the closer you get to it the more you have to go, even if you didn’t have to go at first, so without thought my stroll turned into a powerwalk.

Here is where I flashed back to Morocco, only I wasn’t surprised in Mexico & Morocco when out of desperation I stopped to use their public restrooms in places such as the craft markets, the Medina or at tourist traps and they asked for a quarter or two to use the restroom, or for simple amenities such as toilet paper, soap and water because they were a bit more second to third world countries. However, I was quite surprised, and irritated, as I stood in front of frosted glass doors and a pay box with a sign overhead that read 1 euro, inside of Venezia Santa Lucia’s railway station, a train station in a first world country, generating income from over 30 million passengers a year.  The revenue used to install the pay box, the glass turnstiles and for the guard standing out front to make sure you paid, should’ve been used to actually clean the restrooms more often, or to employ the pickpockets and gypsies standing around in and outside of the train station.  I quickly tousled through my purse looking for change because let’s not forget, the bladder has a mind of its own, with its own set of senses, so now that it can smell and almost see the porcelain, it’s ready to touch it.

Finally I paid and rushed through the turnstile with 0 seconds to spare, only to be knocked back 10 steps by what smelled like Lower Wacker on a 90 degree day in Chicago.

Needless to say, for this and many other reasons, I was ready to say ARRIVEDERCI to Venice a few hours later. 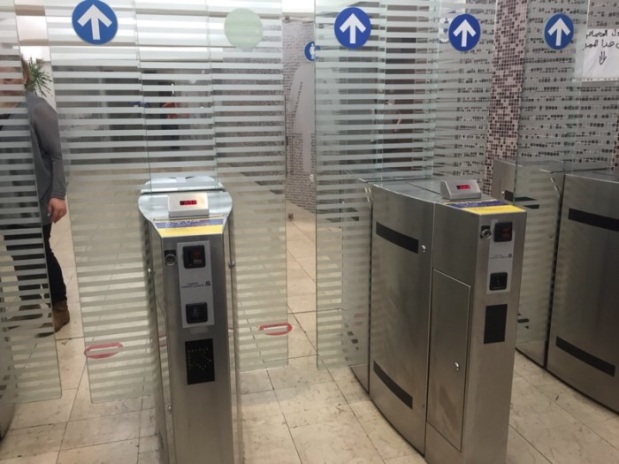