I can’t believe it’s already June, but I guess time flies when you’re having fun.  Since November (Egypt), I’ve been to Cuba (Havana and Vinales), United Arab Emirates (Dubai & Abu Dhabi), South Africa (Cape Town) and Greece (Santorini, Mykonos and Athens).  Every trip furthers my belief that you can’t believe what you hear and/or see on television.  You have to go and experience every country first hand.

Contrary to what you’ve heard, it was as easy to plan Cuba as it is to plan a trip to Miami.  Although internet access is not as readily available as it is in the United States, almost everyone running a business in Cuba has access to email and most of the companies that I used had a website and they were very responsive.

The first thing I said to the group of ladies traveling to Cuba with me is CUBA is NOT the United States, it’s not Europe and you’ll be lucky if it’s as good as the poorer parts of the Caribbean and Mexico and although I typically look for 5 star accommodations & excursions, this may NOT be that kind of trip.

Well Cuba proved me wrong and like any other country it’s what you make it and how much you’re willing to pay for it.

Between the art, the music, the mojito’s and the people, I loved every minute of my time in Cuba.  With tears in my eyes and this beautiful piece of art in hand it was hard to say goodbye to our housekeeper and Cuba.

We stayed in Miramar, which was a 15 minute taxi ride away from Havana.  Miramar was equivalent to living in a suburb outside of any major city; which, was close enough that you could get to all of the restaurants, shops and tourist attractions, but far enough away that you could get away from the tourists, the traffic and the congestion in Havana.  I rented a 3 bedroom, 2 bathroom apartment via AirBnB.

We fell in love with our housekeeper when we arrived and she greeted us with Mojito’s and a smile that made you feel right at home.  She fixed breakfast, cleaned the apartment daily and whatever else we needed, i.e., laundry, called taxi’s etc..  The AirBnB host assisted in securing any services that I couldn’t secure on my own; which, is something I’ve used a hotel’s concierge for.  He arranged transportation to/from the airport, purchased tickets to Parisian at Hotel Nacional and after I called La Guarida (one of the most famous restaurants in Havana) to make reservations and they said they were booked well into January, he called and secured my reservation for Christmas Day.

We took salsa and rumba classes, a day & night tour to all of the major attractions, we went horseback riding to a tobacco and coffee plantation in Vinales, toured a cave, had lunch at a Casa, took a cooking class, learned to make Mojito’s at a rooftop bar, ate fried chicken at the beach and so much more. 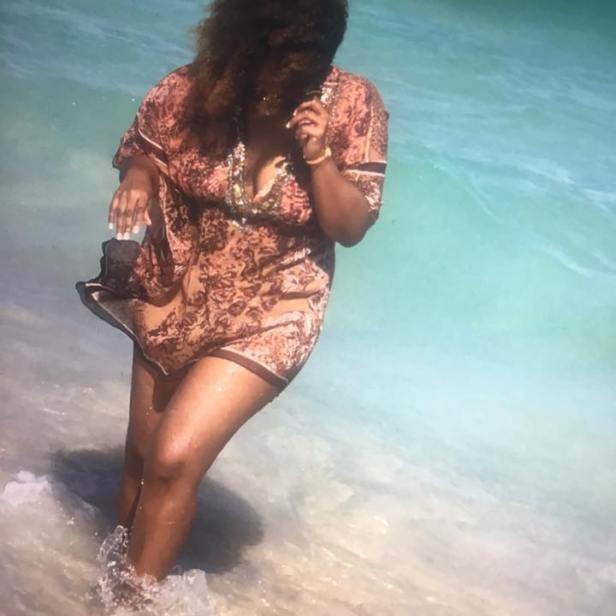 Other than the inability to use US dollars and American credit & debit cards in Cuba (although USD were accepted at the airport in Havana at the duty-free shop), everything else I heard about Cuba seemed a bit exaggerated.  I’m sure to some extent the “big brother” issue in Cuba exists; however, everyone we encountered spoke freely for or against the issues and politics in their country.

We were discussing Fidel Castro’s death with one of the tour operators and he said the day after Fidel died and the country was in mourning, he was out on one of his tours and was laughing and joking with his clients while music was playing in the car.  He said, an officer pulled them over and asked him to step out of the car and asked why he was so happy and why he was laughing during this time of mourning.  He said he explained that he still had to work and communicate with the tourist, but in short, the officer told him to cut it out and turn the music off. 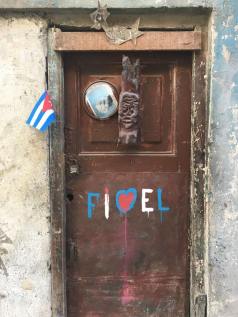 Many were debating, before my visit to Cuba, on how the Cuban people felt about Fidel’s death. This photo was taken at a home in Havana. You be the judge

It’s funny when I hear people say Cuban, Italian, Mexican, Greek, etc., food doesn’t taste like it does in America.  They are absolutely correct.  America has their own version of every country’s food and we visit those countries with the expectation that’s been set in America.  It irritates me to no end when I visit another country and they’re serving American food in the hotels/resorts or in most of the restaurants.  I’ll never forget licking my lips in search of Jamaican food while in Jamaica, only to find out that the resort’s buffet was filled with American food.

My tip on food is if you want food authentic to the country you are in, you must venture away from the tourist areas.  Almost everyone that spoke about Cuba’s food before I went, did not like it.  I would venture to say that most, if not all of them stayed in and ate in Havana.  We only ate in Havana once and the food was decent, but in Miramar all of the food was good.  We didn’t have one bad meal.

The next time you’re looking to escape the world you currently live in and have limited access to the internet, telephones and social media, head over to Cuba.

3 thoughts on “Christmas in Cuba”